You are here: Home / ABOUT US / Traditional dress 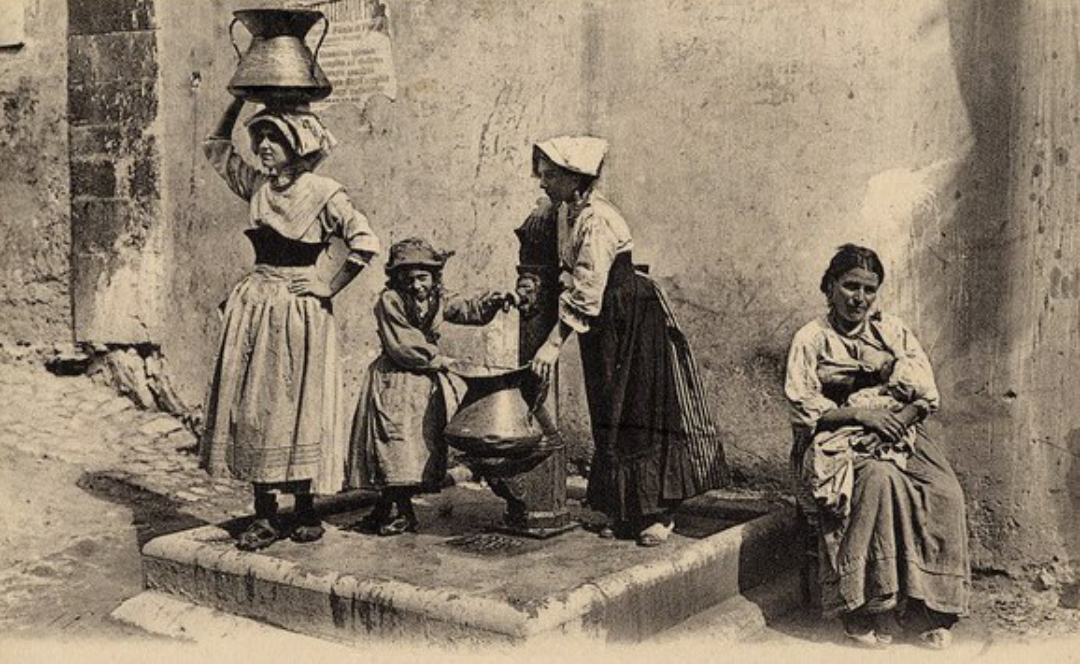 Our folk group devotes a lot of care to the realization of costumes.

In fact, the dress is certainly, also for the collective imagination, a feature strongly characterizing the tradition and culture of people.

The costumes of Aria di Casa are our faithful reproductions of those of our ciociaria ancestors; for their realization the oleographs by Filippo Balbi (painter of the Neapolitan school, lived in Alatri in the second half of the nineteenth century) are an excellent help.

So let’s see the men’s and women’s dress in detail.

The “Ciociara” woman generally had two dresses; a work dress and so for every day and a dress for the holidays.

In the costume of every day only some details change, such as:

The masculine costume could also be completed by a hat, generally made of felt, and by a heavy fabric cloak. Both of dark color.

Common to men and women was “the ciocia”; the famous shoes of ancient origin to which our beloved Ciociaria owes its name.

The “ciocie” consisted of a suitably treated leather sole that adapted, self-modeling, to the shape of the foot. From the sole of the corrugations (“strenghe”) that wrapped the leg up under the knee to finish, tied by a piece of string, under the knee.

The bowl, copper vessel with two large handles on the sides, is another characteristic element that faithfully represents the past reality of this land. All the families possessed of it in good number and in different sizes.

Women of all ages hoisted her on the head using a cloth rolled up on itself as a support (“The croglia”) and, several times a day, to compensate for the lack of running water in the houses reached the numerous fountains of the country that became therefore a place of meeting and talk.

During the shows, the group also uses many tools of rural life: “tino” (in which the girls mimic dancing, the squeezing of the grapes after the harvest), the “canistro” the “uigli”, the “igliara”, the hoe, the cugna, the strummul’… 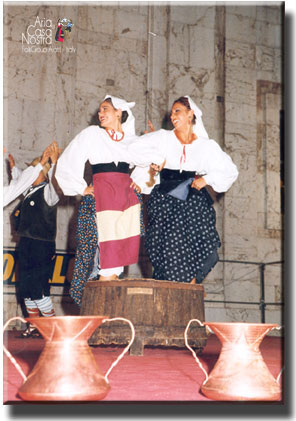