ALATRI_”Land of Cyclops”, our City 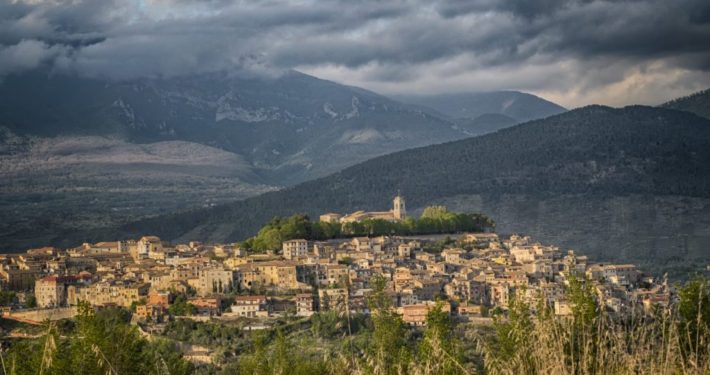 Alatri, represented by “Aria Di Casa Nostra” folk group,  is located in the heart of “Ciociaria” about 500 meters above sea level.
Alatri is closed to the North by the Hernici Mountains, to the east by the Monti Maggiori  and opens, to the south, towards the Valle Del Sacco and Valle del Liri.

Extending for about 100 km, the territory presents a great variety of landscapes.
So peculiar is the abundance of water, cultivable areas and pastures, which have made the city, along with its historical heritage, one of the most important of Ciociaria.

The toponym Alatri comes from the Latin “Aletrium”, a name that has been attributed to the city since the time of the hernici’s people. For this reason foundation of the city, like that of its city walls, is shrouded in myth and uncertainty. Alatri seems to be one of the cities founded by Saturn’s God. 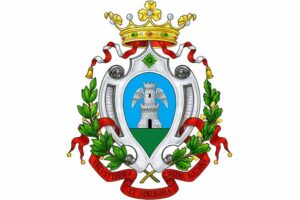 But beyond the legend, there are archaeological finds, in the places where today stands the city, that date back to the Bronze Age. The structure of the city is due to the construction of the acropolis and the walls that make it famous.

commonly called “Civita”,  has a trapezoidal shape and is formed by large blocks made by cutting the calcareous hill. The mentioned blocks are interlocked without the use of any adhesive or cement. Precisely for this feature the walls are called “Cyclopean”. According to the city folklore, the walls were built by giant men with only one eye, the only ones capable of lifting such imposing boulders as those that form the walls. The dating of the fortification has been the subject of several disputes: some scholars put it in the Roman period between the fourth and the end of the 2nd century, but others compared it with the construction in megalithic work of Asia Minor Hittite and Greece, they consider it anterior at 1000 BC .The fortification was supposed to be an archaeo-astronomical type, according to the hypothesis that its perimeter would trace the one drawn in the sky by the constellation of Gemini to the summer solstice, but the particular perimeter of the wall of the acropolis is more likely an adaptation to the natural conformation of the hill.

from the Roman bridge along the Cosa’s river, to the “Portico of Betilenio Varo” that runs along the Acropolis, up to the aqueduct. However, the city layout is predominantly medieval. There are numerous Romanesque churches, such as the “Santa Maria Maggiore Church”, which gives its name to the main square of the city. This is overlooked by the town hall, the “Palazzo Conti- Gentili” with the Luigi Pietrobono Lyceum and the Scolopi’s Church. The historical center has remained substantially unchanged, but, since the post-war period, the city has extended beyond the city walls enriching itself with residential areas, areas with service facilities (hospital, sports facilities, schools, etc.) and small industrial areas.